Now I will talk about recording in general. Even if I know there is plenty of analog equipment out there, still recording on tape, I will focus mainly on digital recording. As for the basic principals, it does not really matter if you record analog on a tape or digital on a harddrive or somekind of flash memory card. You still have your sound source, something that captures it, creating an output signal (or if you are using the line output of your sound source), something that recieves the signal and eventually turning into a stored reprecentation of the sound source that can be played back at your choise.

Reason for mainly focusing on digital recording is that it is less forgiving than analog recording. As where analog recording can peak and reach its maximum inputlevel, it more often creates a softer distortion compared to a digital distortion, given the nature of analog components versus digital components. When a digital signal reaches its maximum peak you will get a sharp, clear and hard distortion that stands out from the wanted content.

But lets start from the beginning.

Now I will talk about recording in general. Even if I know there is plenty of analog equipment… hmmm… feels like I am repeating myself, well, yes I am, I litterally started from the beginning. 🙂

Either you have your sound source directly connected to a soundcard in your computer, or you run the signal throuh a mixerboard. There are several other possibilities, but I will not go in to them all, since every other scenario I can think of, will be equal or close to the mixerboard scenario.

This is the easiest setup, at least in terms of things that can go wrong, but it is also the most fragile and put an extra high preassure on both signal from the sound source and on the sound card itself.
In this setup, you can not affect the output signal from the microphone, only the inputlevel of the soundcard. The trick here will be to have as high input volume on the soundcard without getting distortion. Here you have to use somekind of meter, either built in OS or native to your audio recording software. The downside with this type of setup is that soundcards often have a high backgroundnoise, which also will get louder as you turn up the inputgain of the soundcard.
Should you experiance that the sound gets too noisy, or if you can identify distortions, you need to turn the gain down again. So make sure to do a couple of ”dry runs”, before you actually start the recording, so you know that your levels are solid when you are recording.
Should you realize that the levels where off after you’ve made the perfect take, you can not fix it in post production and you need to do a retake with better calibrated levels. Unfortunatly, there are no shortcuts to get the perfect sound, you just have to learn the hard way.
But on the bright side. Once you’ve made a few misstakes and felt the frustration of doing them, use them and learn from the experiance.
Please note: a distorted signal might not be due to the input level of the soundcard. It might be the wrong type of microphone or simply the microphone too close to the soundsource.

The other setup I will go through here is Microphone attatched to a sound mixer who is connected to the soundcard.
This will make the chain ever more complex, but also more adjustable and potentially better sounding, than the first example.

The tricky part with this setup is that the volume of the signal is controled at multiple points, and wrong volume on one point can affect the entire chain.

If we start with the output of the microphone, it is connected to the input on a mixer channel. Now the typical mixer will have a gain knob that adjust the inputlevel on the channel. If the gain is set to low, you will have a low and possibly noisy signal through out the chain, if it is set to high, you have a high risk of unwanted distortion.
After the input gain the signal is possible affected by equaliser etc, but I will skip that for now.
Last point on the individual channel is the channel’s volume fader (or volume knob) that will control how strong the signal is when it leaves the channel and is transered to the output of the mixer.
To complex it even further, there is volume faders (or volume knobs) that adjust the output level as well.
The last step of this chain is the input level of your soundcard. Also adjustable.
So, to put it in the simplest language I can, there are (at least) four seperate points where you can adjust the volume of the signal and get it either to low (adding unwanted noise to the signal when it is normalised in post process) or to loud (causing unwanted distortions).

The golden rule of setting the ”right” volumes is that there is no golden rule. Every signal is uniqe and needs to be optimized on each point on the way to get the maximum out of your signal. But looking at it step by step again.

Input gain on the channel. Set this as high as possible, without getting distortions. Some of the input gains have a red light so you very visible can see when the signal gets too loud. Should you turn this all the way down, and still have distortions, you might have the microphone to close to the sound source and it needs to be moved further away.

The second step is the channel volume fader (or knob). Aim to get this up to (but not over) the marked area on the fader (I will not go into how it is marked since there are several ways for manufacturors to mark this). In generall you can say that passing the mark will amplify the signal, and keeping under it will reduce the signal. I personaly want to avoid amplifying the signal at this stage, if it is not absolutely nessesary.

Last stop on the mixer is the main output level who is adjusted by the main output faders. Again, I prefer not to have the signal amplified at this stage, but if it nessecary on the mixer, I prefer to do it here. Keep an eye out on the meter led’s, should they get into the red area (note: not all mixers have meter, nor red areas on those meters) it might indicate that you are in danger of getting distortions.

Last step is the input gain of the sound card. Set this as high as possible, without causing distortions.

Now, I hope you have a better understanding of the complexity you (might) face when wanting to record a sound. And I am fully aware that above description might scare you and prevent you from trying. But please do! The only way you can learn is to try and experiment. You will probarbly fail a number of times. Embrace those times and try to learn from them and make it better next time.

In the end. If it sounds good you did it right, if it sounds bad, well… better luck next time!

Tips: When you record through a mixer, make sure that all other channels, including aux returns and 2-track input are muted and not part of the outgoing signal from the mixer. They can all be potential noise generators! 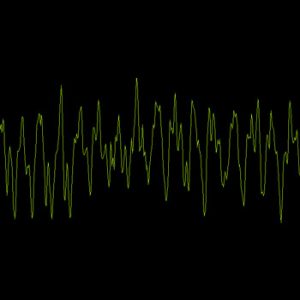