It all started with some audiophiles wanting to listen to music in better quality. HiFi (High Fidelity (who also happens to be the name of a great movie starring John Cusack and Jack Black)) is born. High Fidelity stands for a more powerful way to re-create the sounds from the recorded source, and to get it to sound as good as possible.

Wifi has nothing to do with sound, it is just a catchy phrase that the creators of Wifi came up with, to give it a name. A common misunderstanding is that the first two letters Wi is short for Wireless, but no one can explain what the Fi would stand for. So Hifi is powerful sound, and Wifi is a catchy phrase for wireless network technology.

You probably know what a Wife is, but for those who might not know it; a Wife is a woman that you are married to (regardless if you are a man or a woman).

Wi-Fie is a Selfie (picture of yourself taken by you) with your wife.

We-Fie is a popular term used for a group picture taken by one of the people in the picture, typically the one closest to the camera. Should not be mistaken for Wi-Fie (see above).

Wives are a gathering of two or more married women. Normally this is nothing to be worried about, but sometimes Wives can cause waves (not to be mixed up by waves in the ocean, who are a completely natural phenomena) of thing to be done. For example vacation plans, redecoration of the home or garden, expansion of the walk-in closet, new furniture or something else that affects the everyday life.

A common thing that the natural occurred waves in the ocean and waves caused by wives are that it is best to just follow the flow. It is almost impossible to stop a wave and it is not recommended to try. 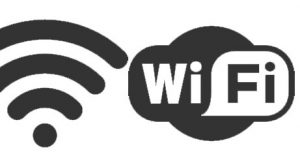 Next EP in production

Theme by Anders Noren — Up ↑